According to Cuban, if the Mavericks manage to sell 6.5 Billion dogecoin worth of merchandise, doge could get valued at $1. As of Tuesday according to coinedesk, dogecoin is valued at 0.057$.

Mark Cuban said “The @dallasmavs have done more than 20,000 #Dogecoin in transactions, making us the LARGEST #DOGECOIN MERCHANT IN THE WORLD ! We thank all of you and can only say that if we sell another 6,556,000,000 #DOGECOIN worth of Mavs merch,  #dogecoin will DEFINITELY HIT $1 !!!”.

This announcement comes after Cuban told DealBook that the NBA team Dallas Mavericks will begin accepting dogecoin as a method of payment for tickets and merchandise. He went on to say that ”Sometimes in business you have to do things that are fun”.

This move comes after Mark Cuban took to Twitter and tweeted out saying that doge has no actual value. He went on to say that he did buy some doge for his son because it is fun and educational. “It gives you a better chance of winning than a lottery ticket, all while teaching the economics of supply and demand and introducing people to crypto-assets”.

Dogecoin has seen recent spikes in its price when people like Elon Musk, Gene Simmons, Snoop Dogg talked about it. Elon was solely responsible for the 25% spike seen in doge’s price back in February when he tweeted about doge. 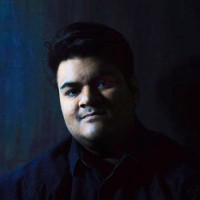