If you have picked up a newspaper or visited a news website lately to check in on the latest breaking developments regarding the ongoing deadly coronavirus pandemic that has wreaked havoc on the entire world, chances are that you have heard of the name ‘Pfizer’ plenty of times. Pfizer is a major pharmaceutical company based in New York whose vaccine against the coronavirus recently got emergency authorization approval from several major countries of the world such as Germany, the United States, United Kingdom, amongst others.

As a result of the vaccine approval, hundreds of thousands of naive individuals around the globe are hailing the company as some sort of a god-like figure and putting it on a pedestal for providing a way to solve the coronavirus crisis. However, what these people are not aware of is that Pfizer is not the hero in this pandemic story, but rather the villain because it is trying to stop a vaccine that was invented by publicly-funded scientists from reaching the vulnerable people in poor and developing countries. In October of 2020, India and South Africa collaborated on an ambitious proposal that they had recently presented at the World Trade Organization (WTO).

The much-needed proposal calls for temporarily ending the system of patents for COVID-19 vaccines under WTO’s Trade-Relat­ed Aspects of Intel­lec­tu­al Prop­er­ty Rights, also known as TRIPS. The proposal, which has so far been backed by almost 100 countries in WTO, will enable the manufacturing of COVID-19 vaccines in a much more affordable way, which in turn would allow poor countries to vaccinate their citizens without thinking of the financial implications. The extremely rich countries have already started hoarding up huge stocks of the coronavirus vaccine, so much so that one study has even warned that a quarter of the world’s population might not even get access to the vaccine until 2022. If this proposal gets approved by the WTO member states, then thousands of innocent lives across the globe could be saved.

Unfortunately, Pfizer’s ultimate goal is to make as much money as it possibly can from this vaccine, even if that means the most vulnerable countries in the world might never get hold of its COVID vaccine. To make sure that its ultimate goal is achieved, Pfizer has spent millions of dollars over the course of the past several decades in trying to convince the most powerful countries in the WTO to vote against any proposal that might come in the way of its profits, which is why wealthy nations such as Norway, United Kingdom, United States, Switzerland, and Canada have blocked the proposal that called for the temporary suspension of patents for COVID-19 vaccines. The severe problem of vaccine inequality can’t be solved unless political leaders from around the world come up with a solid and efficient plan to stop pharmaceutical giants like Pfizer from cashing in on other people’s misery amidst a deadly pandemic. 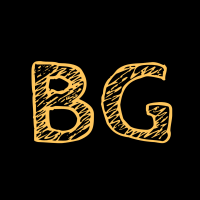 Movies & TV
Are Movie Theatres About To Go Extinct?