Future Of Cryptocurrency In India Hangs In The Balance

Many cryptocurrency platforms like WazirX are informing their users about a possible ban on cryptocurrencies in India. The Reserve Bank of India (RBI) last year declared all such currencies as illegal tender indirectly signing the death warrant of many young startups dealing in crypto. That decision was however declared illegal by the Supreme Court, since then cryptocurrency has been in a grey zone scarring many potential investors.

The above-mentioned bill was in the works for quite a while. Nobody knows what’s exactly in the bill, but one clear thing is that if this bill passes, companies like WazirX will have to shut down. The bill titled The Cryptocurrency and Regulation of Official Digital Currency Bill 2021 is aiming to ban all cryptocurrencies but planning to make use of its underlying technology, which is blockchain. Earlier there were rumours of an Indian cryptocurrency by the Reserve Bank of India (RBI), however RBI has declined all such rumours.

If they impose an outright ban, it will make India the first country in the world to do so. ZebPay’s chief executive officer Rahul Pagidipati supported the government’s decision to explore blockchain for the use of digital currency but added that an outright ban might not be the best decision.

Many people expected the bill to get mentioned in this year’s budget. The bill aiming to ban all private cryptocurrencies in India will be up for a discussion in the fifth session of the 17th Lok Sabha, 2021. Many people might sell their currently owned cryptocurrencies in the wake of the bill’s announcement. In RBI’s 2018 directive, owning such currencies carried a fine and a 10-year jail term. 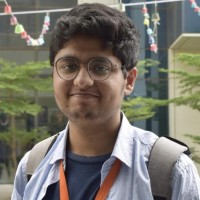 Founder and Editor at Gurgaon Tribune.

Fusajiro Yamauchi. Does this name ring a bell? This man was the brains behind one of the biggest names in …

How Disruptive Technology Will Be Taking Over Our Lives

Parler, the far-right social network which became the home of right-wing extremists who were booted out of the mainstream social …